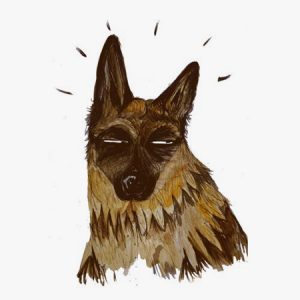 Toads were Caz Watts’s first line of defense. After her freshman year studying illustration at the University of the West of England, Watts battled her lack of direction and feelings of inferiority by drawing cartoons of toads in fancy suits. This soon evolved to dogs and, after Watts drew canine characters on table place tags for a friend’s wedding, the commissions started to pour in.

Now, Watts runs an online store stocked with greeting cards, wrapping paper, napkins, and tea towels printed with her designs. Preferring the juxtaposition of soft and gentle watercolour combined with scratchy fine liner for definition, Watts’s style is reminiscent of Ralph Steadman illustrations, but with a humour and personality that’s her own. “I’m not very neat and tidy when I work,” Watts says. “If paint bleeds or lines aren’t quite right, I leave it as it is. It’s all part of the painting and I like that the illustrations aren’t perfect.”

—
All artwork by Caz Watts
cazwatts.com 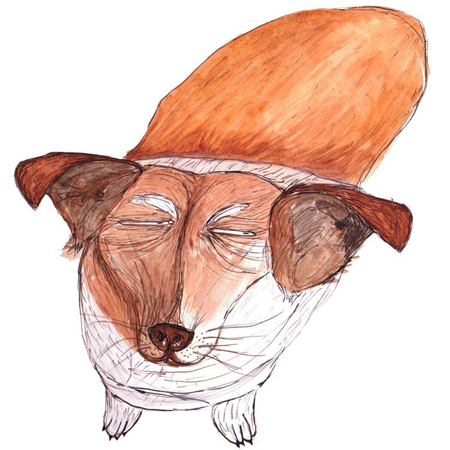 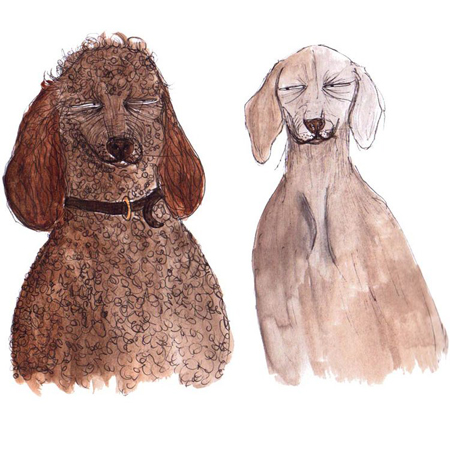